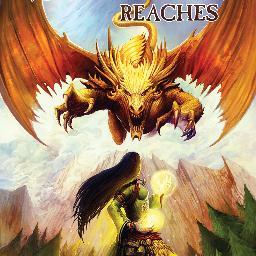 — Elizabeth Hull and
126
other supporters

Copper is now a fully grown Drakken, but despite his magical abilities, he is shunned and shamed by his pure-blood kin. Wandering despondent in the wilderness, Copper discovers a portal that reminds him of his lost crèche mate, left behind when the Drakkens fled their ancestral home. Knowing the portal will only remain open for three short days, Copper cannot resist the challenge to bring the lost maiden to safety, and prove himself worthy of his breed.

But the other world is not what he and his kin expected. The peoples are hostile, the Angressi emperor has not forgotten his grudge, and something is killing Samara Maidens.

In this eagerly anticipated sequel to her bestseller, Darkspire Reaches, CN Lesley transports us back into the world of Drakkens, of Connor and Raven, and of their son.

Deep in the Shangrove—a dark place that feeds on creatures of magic—a new evil is growing, waiting for the perfect mate.