— Stunmason Games and
35
other supporters

Come support us on Kickstarter.   StarFlint: The Black Hole Prophecy is being developed by the young Franco-Canadien studio Stunmason Games. It’s a point and click adventure with 2D hand drawn graphics and it’s NOT episodic. StarFlint is the product of love, put together by a team that grew up on the point and click genre. Led by Suzanne and F.Robert Masson, the game is shaping up to be everything fans of classic adventure games would want. The game is scheduled to launch simultaneously for PC, Mac and Linux. And after on Xbox One. Wanting to offer a new and unprecedented point'n click experience, we have added an enriching management system dimension that will add many side-quests. Starflint is Point'n'Click meets Fallout Shelter! 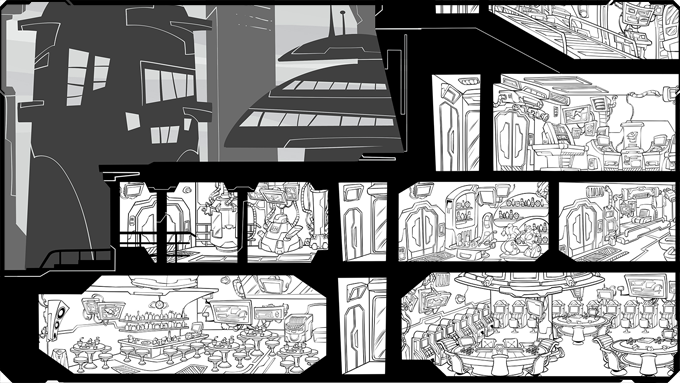 This story takes place in a faraway future, where a latent chaos reigns and where several races engage a constant battle; the power is in the hands of the most powerful corporations, reigning master of the galaxy. Those who manage to survive are struggling in a world of robots, hacker attacks, espionage, ships battles, mad science projects, power struggles, exotic alien races and beautiful heroines sexy and dangerous... Two destinies, full of sound and fury, amid humor and social criticism.

Try the demo and follow us on our Twitter or on Facebook! Tell use what you think so we can make it better. If you enjoyed the demo, come support us on Kickstarter . - LOVE YOU -Sue