— Andrey Krasnov and
17
other supporters 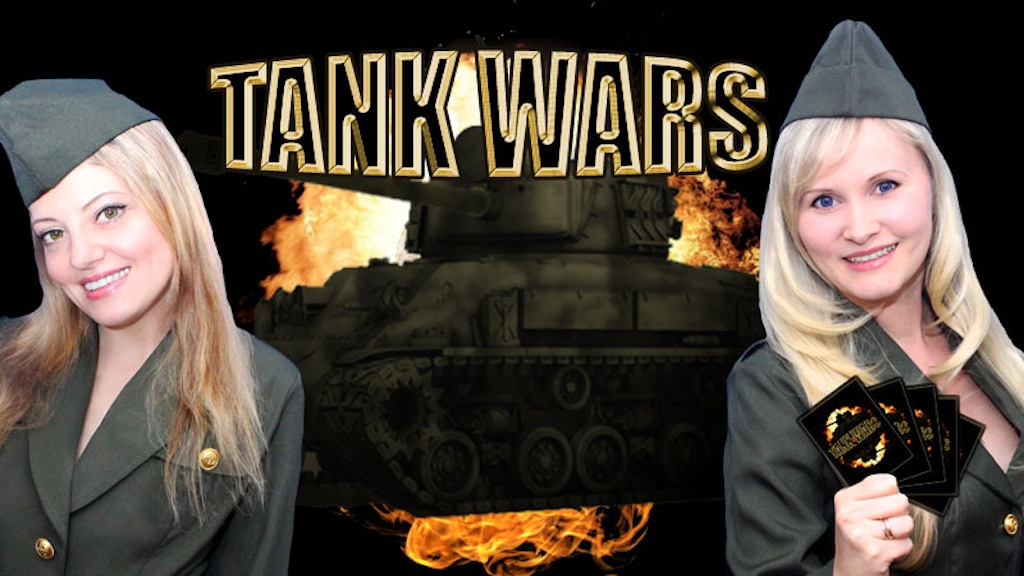 We love games, and more than that, we love tanks. That's why we are creating Tank Wars - a game that you can play anytime, anywhere.

Tank Wars is a highly strategic version of a World War II tank game. The main beauty of it, the versatility of its deck, allows you to not only play Tank Wars with different rule sets, but also any other card game that you would play with a conventional deck.

We do not want to disclose all the details about the rules in order to prevent idea theft before the project is funded, but some basics about the main game modes are as follows:

There are 4 nations in the game: 2 allied powers and 2 axis powers, with one side being the U.S.S.R and the U.S.A, and the other being Germany and Japan, respectively.

Each nation corresponds to a different suit of cards in our deck : Germany for clubs, etc.

A few modes can be played :

Historical mode: the U.S.S.R and the U.S.A fight against Germany and Japan as allies.

Random mode: Each nation gets its ally in a random order.

Free for all: Every nation fights for themselves.

All versus one(for real heroes): Three nations are teaming up against the fourth one.

After the mode is chosen, the drawing phase starts. Players take turns drawing cards until the drawing phase ends, and depending on the game mode, players can proceed with either trade mode, exchange mode or destruction mode. Once that mode is completed, they can start fighting with their tanks.

A few different concepts can be used with the Tank Wars:

Basic concept: in order to play the game, you need only the cards, and that should be enough to have fun with a basic rule set, whether is the rule set of Tank Wars or other games like Poker, Joker, Wizards, Fool, etc.

Advanced concept: you will need a dice and if we will ever reach this goal - companion app on your smart phone to add more action and random events to the game.

Fully player built concept: using tools, provided by us, you create a custom battlefield map, download and print it and use it to play the game. It can be as big as you like and as complex as you can imagine it :)

The deck is made up of cards that let you fight on a battlefield (tanks), special event cards(airstrike, etc), bonus cards(enchanted armor, etc) and player bases.

Tank Wars can be played with many different rules and strategies. We created this Kickstarter campaign because we need your help to build this great game. So if you're into card games, tanks, or just want to get a unique card deck for conventional card games, please help us make this game a reality.

The game was created by Andrey Krasnov (AK47), Andrei Ilinykh (The Forester), Alhena (Commander Girl) and William(Willkoman). We think this game is amazing and will bring a lot of fun to everyone who plays it. We are sure you'll love Tank Wars as much as we do. ~Alhena, ~Andrei, William and Andrey.

For more information about the game: http://tankwars.kat2000.com